“Language is best taught when it is being used to transmit messages, not when it is explicitly taught for conscious learning.”

The Master’s program in EFL Pedagogy seeks to spread the message that Language Pedagogy cannot take place unless it is based on the understanding and analysis of language itself. It is through the study and the understanding of language in all its forms and patterns that didactics and approaches become a reality in the classroom. It is no wonder that Language Teaching takes pride in having developed a long list of unique methodologies, methods and approaches that are distinctive to this field only and that stem from the science of language. Communicative Language Teaching, Whole Language Teaching, The Natural Approach, Task based Language Learning, Community Language Learning, Total Physical Response and the Audiolingual Method are only but a few in the long history of language teaching.

In the present issue, you will find articles about a subfield of the study of language that describes the effects that society, its norms, expectations, costumes, traditions have on language namely, Sociolinguistics. Through the understanding of how society effects language, many techniques and activities can be developed in the language classroom.

Articles in English and Spanish such as about lexical variations, women’s speech in different scenarios, and insights about how creoles function, will give you a bird’s eye view of language in a given community and harness the need of further study of how language works in society.

The first article titled “Fossilized Gender Bias? A Sociolinguistics Study of Women, Politics, Movie & The Media” by Sharon Frame aimed to analyze the extent to which gender bias influences the U.S. presidential election process. The author states that such embedded gender bias continues to reinforce outmoded norms, notions, and assumptions about the role of female politicians, but also mentions that the situation might change in the upcoming U.S elections.

The second article presented by Raúl Sebastían Ramírez, titled “Male linguistic patterns adopted by Ana Cristina Vera”, is an analysis of this Ecuadorian human right’s lawyer’s speech with the intention to identify her personal characteristics and preferences when speaking in the debate of the approval of abortion in cases of rape.

The third article titled “English-Trigedasleng code choice in the CW series “The 100” by Rodrigo Erazo, shows what motivates the characters to code-switch in the TV series “The 100”. Erazo provides the main causes and examples of this code-switch and gives another view of this linguistic phenomenon.

The next article titled “Contrasting the Speech of Maria Paula Romo and Otto Sonnenholzner during the pandemic” by Viviana Paladines had as an objective to contrast these two Ecuadorian politicians discourse characteristics and their level of acceptance by the Ecuadorian society.

As well, the piece titled “The depreciation of Haitian Creole and Haitian code switching” written by Patrick Pierre aimed to analyze how the Haitian President uses Creole in his discourse. The article shows that Haitian Creole is used on a regular basis and that there is high preference to use this language.

In another point of view, the article “The Military and its influence on women´s linguistic repertoire” by Wellington Intriago, shows the language of military women and how it is more vernacular and related to the context experienced in the Ecuadorian Army.

As professors of linguistics, we are aware of the importance of studying language in society and how it creates identity and helps us communicate better. The pieces published in this issue contribute to the improvement of communication and understanding in the Ecuadorian society as well as to contribute in part to linguistic research in the country. 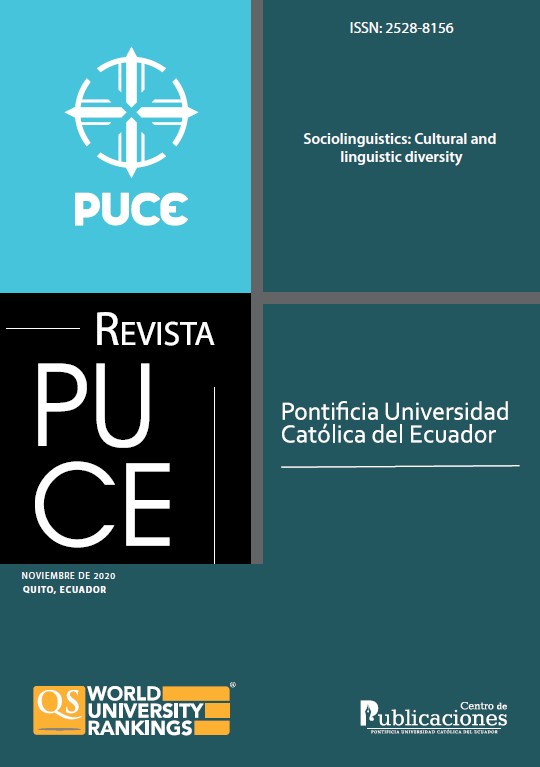